Steve 19 December 2017
0 Comments
My article for Science in Parliament the magazine for Members of Parliament on matters of scientific interest.
“Why guess, when you can know?”
Michael Schumacher’s chief engineer, circa 1996 (the inspiration for Baroness Sue Campbell’s vision for British sport’s use of applied science)
Frankly, Great Britain used to be really poor when it came to performing at the Olympics. The Atlanta Games in 1996 was a low point, where rowing legends Matthew Pinsent and Steve Redgrave were Team GB’s only Olympic gold medal. Whilst we have had many memorable medal moments at previous Games’ such as Dame Mary Peters in Montréal, Seb Coe and Daley Thompson in Moscow and Los Angeles or Sally Gunnell and Linford Christie in Barcelona – it was normal for Team GB to return with just a handful of gold medals each time. Now we are spoilt for choice. The Rio Olympics saw a deluge of champions from Giles Scott in sailing, Max Whitlock in gymnastics, Jason Kenny and Laura Trott cycling, Mo Farah in athletics, Jade Jones in tae kwon do, Alistair Brownlee in triathlon, Helen Glover and Heather Stanning in rowing, the list goes on. Team GB have excelled, claiming 2nd place in the medal table, exceeding the medal haul from the home games in London and giving the nation a huge dose of pride. The ripples around the world have seen many countries and commentators alike asking “What is going on in Britain that makes them so good?” The simple answer is having athletes with fantastic talent, training in excellent facilities nurtured by experienced coaches, supported by expert applied scientists and medics focussed and innovating on winning margins. A brief history of the rise of GB as a sporting superpower must begin with the Department of National Heritage’s policy document for ‘Raising The Game’, setting out a promising future for British sport through dedicated and directed investment into the creation of a high-performance sporting system. Harnessing National Lottery and exchequer funding enabled UK Sport to direct funding to National Sporting Governing Bodies to professionalise their elite teams and for sports councils to provide ‘Institute of Sport’ systems. The first waves of funding in the mid-1990s saw an immediate increase in Olympic and Paralympic results in Sydney in 2000 and Athens in 2004, primarily from the improvements that result from athletes being able to train full-time, for more coaches to dedicate themselves to their professions and an infrastructure of support to enable improved training facilities, international competitions and support structures. The Institute of Sport systems began to grow in Scotland, Wales, Northern Ireland and England, all being fully functional by 2002. The awarding of the 2012 Olympic and Paralympic Games to London in 2005 gave a further spur to the system, sharpening the focus on honing winning performances.
The English Institute of Sport currently employs 350 practitioners across the disciplines of physiotherapy, strength and conditioning, nutrition, physiology, performance analysis, biomechanics, medicine, psychology and technologists, providing 5000 hours of support to athletes each week. Our practitioners form the ‘teams behind the team’, supporting our athletes and coaches to understand the demands of their events, optimise training and adaptation, minimize injury and illness, and peak them for competition. Our physiotherapists and medics are there to pick up the pieces when injury and illness strikes and give athletes the methods to minimise it occurrence in the first place. Our strength and conditioning coaches have transformed the physical capabilities and athleticism of our already gifted athletes through innovative resistance training methods. Our nutritionists focus on maximising the beneficial effect of the 8000 meals an athlete will consume over course of an Olympic cycle. Our physiologists tune the engines of athletes to ensure that when full effort is given, fatigue comes on slower than their opponents. Our psychologists support and nurture our athlete’s mental resilience to cope with the pressure of competition. Our performance analysts and biomechanists capture, code and synthesise our athlete performances so they can modify their technique and utilise tactics to beat the competition. Our technologists ensure that the human:equipment interface is optimised.
Much of the work of the science and medicine team addresses and refines some of the fundamental concepts of human functional performance: stress and recovery; preparation and progress; the tightrope of maximising adaptation versus the risk of breaking down. These are the basics that act as guiding lights for coaches and support staff when helping to navigate the athlete journey. Great Britain does not have the depth of population that USA, Russia, China can depend upon for their talent pools. In Britain, when we find someone with talent we have to look after it! In reality that means coaching needs to be sensitive and adaptable to individual needs, maturation rates or different ways of reaching the summit. Our scientists cannot simply refer to published literature for their advice, they need to problem solve, innovate, adapt and apply science to complex, holistic athlete specimens for whom there is no manual. Athletes, of course are extremes of the population. Our coaches and scientists must work together in partnership to do the basics well, leave no stone unturned but also be prepared to innovate. As an example, I collaborated with some research colleagues in the early 2000’s exploring the potential to use a novel warm-up method for middle-distance running performance[i]. Many athletes pushed back at the idea because they felt it would exhaust them before the race. We had to develop an evidence base with firstly, good, then excellent athletes. We then had to find a way of using measurements to individualise and fine tune such a warm-up method. We then had to find a way of adapting this method for different types of sports. Then we had to learn communication methods that would bring the idea to life for different coaches and athletes, with different learning styles and different educational backgrounds. Only then could we be in position to convince athletes and coaches to take the leap of faith of trying a new method out. If we had launched this idea at its inception it would’ve been tantamount to asking a mountaineer ready to summit Everest to take a new untested route to the top.
Athletes need certainty, but they need to find the edge – and therefore, innovation is integral in the British sporting system. It comes in obvious forms, such as cycling helmets and skinsuits, in slightly less obvious ways such as ice-baths after competitions and also behind-the-scenes innovation, such as individualised sleep plans. Without it though the rough diamonds that the British sporting system discovers cannot be polished into true gems that have the skills, capacity, resilience and confidence to shine in the crowning moments of Olympic and Paralympic endeavour.
The press in China, France, Germany, Canada, Australia are all asking “Why can’t we be like Great Britain?” Over the last cycle we have seen an unprecedented level of visitors to the British system, attempting to learn how we have managed to achieve such glittering performances from such a relatively small population and across so many sports. There is no getting away from the benefits of sustainable investment that continues to allow our national governing bodies and institutes of sport systems to plan longer term so that athletes can be nurtured towards the podium. It is entirely possible that other countries could replicate the methods being used in Britain. If other countries begin to ask the hard questions about what it takes to win, how they can maximise their chances of achieving a goal, gather evidence to inform the process and ensure talented coaches and support staff are developed with the technical and emotional skills to make it happen – then they will undoubtedly have similar success.
Looking to the future there are some challenges and opportunities ahead;
As we begin to set our targets towards Tokyo we know we must continue to adapt and set the pace in the global pursuit of performance. Only sustained exchequer funding and the National Lottery will enable us to look for new ways to polish the gems that have shone so brightly at the Rio Olympics for Team GB and I am certain will for the Paralympics GB.
In 1995 John Major said, “I want us to bring about a sea change in the prospects of British Sport…Sport is a binding force between generations and across borders. But by a miraculous paradox, it is at the same time one of the defining characteristics of nationhood and of local pride. We should cherish it for both of these reasons.”
This ambition has become reality. We have a system that is truly world leading with applied science, medicine and technology that is a great British success story. Long may it continue.
[i] Ingham, S. A., Fudge, B. W., Pringle, J. S., & Jones, A. M. (2013). Improvement of 800-m running performance with prior high-intensity exercise. International Journal of Sports Physiology & Performance, 8(1).
Categories: Get Inspired
Tagged: Inspiration, SportsScience, CraftSkills, CORESkills, HighPerformance, AppliedPractice, Innovation, Performance 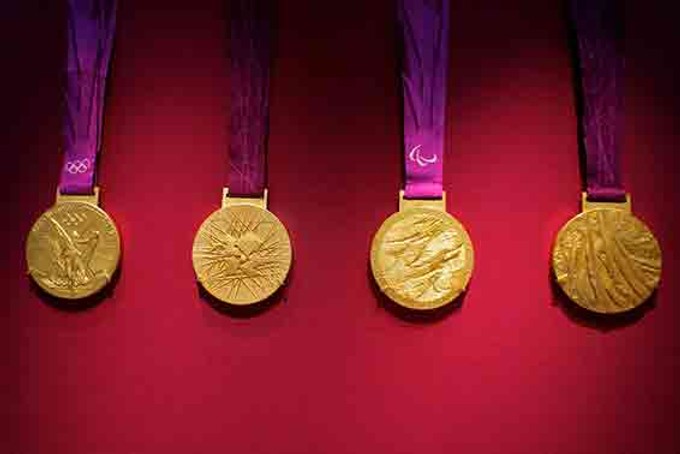 Helen Jenkins is a two time World Triathlon Champion. In this interview Helen begins by discussing motherhood, her early career and the importance of early… 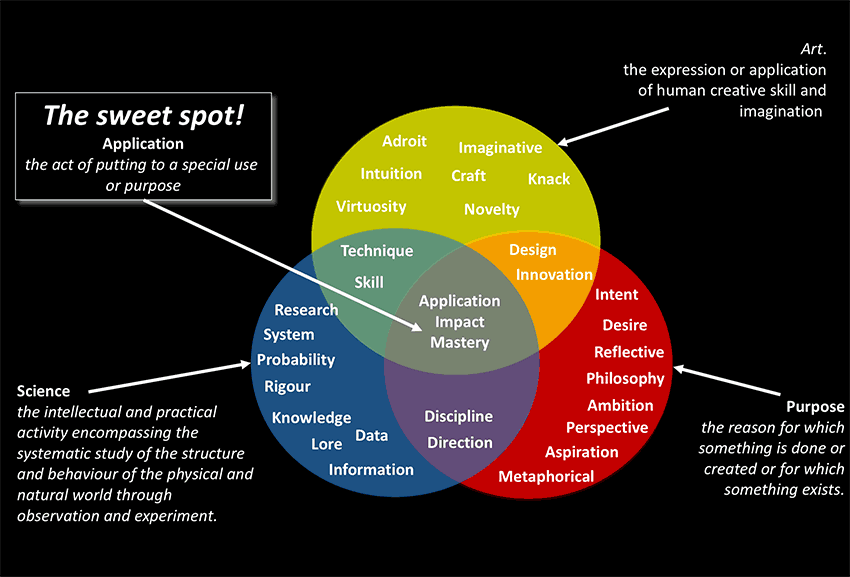 Legend has it, the charismatically, inspiring Baroness Sue Campbell visited Michael Schumacher’s pit in the mid 1990s and saw the chief engineer do two things.…