Steve 7 January 2017
0 Comments
“The Sub-2 hour marathon… I think it’s a monumentally difficult challenge”
Since its announcement last month, much has been made of Nike’s ‘Breaking2’ project: Three East African distance runners taking a collective shot at the sub-two-hour marathon in the spring of 2017. The reaction, however, has not been universally favourable, with some dismissing it as a gimmick or a marketing ploy, or that it cannot be a legitimate record[1]. To their credit, Nike acknowledge this, and synonymous with their ‘Just do it’ mantra, are not pretending it is. Do it… because it can be done, seems to be the hypothetical leap of faith here (26.2-mile leap). So, will it be achieved? And in 2017 that the Nike project aims for – as opposed to the ‘before 2019’ that the rival ‘SUB2’ project[2] suggest? I think it’s a monumentally difficult challenge; but, given the huge investment sums being talked about by both camps, it’s clearly a viable project to take on.
What I am particularly interested in is the approach taken, and the component model of performance – what factors determine the outcome. The clarity of that outcome is absolute; the simplicity of its delivery; the singular and relentless focus on increasing the running speed sustainable for 2 hours. These are all identifiable and explainable physiological components that sit appealingly simple and stark against the difficulty of the task itself.
So, what type of athlete does this record require?
Andy Jones, the eminent exercise physiologist, suggests the 1:59:59 marathoner would have high levels of aerobic fitness (VO2 max > 80 mL/kg/min), combined with the muscle metabolic conditioning to sustain a high percentage of this capacity for the race duration (>80%), and be exceptionally economical in how their musculoskeletal frame converts this to speed on the road (oxygen cost of less than 180 mL/kg/km). In lay terms, they will have a big engine, they can redline it, and have a well-tuned chassis – three separate physiological characteristics that we’ve seen often in isolation; two together occasionally, but all three concurrently? Never, at least not yet[3]. It is one thing knowing what it takes to break 2-hours, but it is another achieving them all together and on the same day[4]. Racing at the edge of one’s capacity carries inherent risk. Outside of distance running, there’s no better example of this than Cycling’s Hour Record – a solo challenge to achieve the maximum distance in 60 min. Talk to those who have broken the record and they will report feelings of ease and control, and in fact, often a sense of having more left to give[5]. But talk to those who fail and they will describe an interminable torment. Yet the margin between the two performances is tiny – not miles or minutes, but seconds or metres – separating the difference between being comfortably hard, and hardly comfortable at all. The 7s per mile pace increase (2.6%) from the current marathon record (Dennis Kimetto’s 2:02:57) to 1:59:59 seems temptingly and trifling small in isolation over a single mile. But consider this – that step up is bigger than the increase between the personal best paces for 10,000m and 5,000m for two of our trio, Tadese and Desisa – and we have 26.2 miles to complete.
Tackling a record like this
​
I’d argue that there’s actually more insight gained from falling short than there is in breaking a record like this. That’s certainly been my experience in working with hour record contenders. The physiological threshold(s) determines the performance – both one-hour and two-hour pace – and so strongly[6]. Failure is agonising, but only by venturing beyond the threshold can you find out exactly what that pain looks and feels like. Indeed, you would only put yourself on the start line if you knew exactly what you’re capable of, and that the outcome was within your physiological grasp. So, don’t be surprised if the Breaking2 attempt gets put back a few months or even a year – they will wait until everything is just right. It’s not as if there is a queue of likely contenders who can achieve it before this Nike-supported trio, and the rival SUB2 project is more patient in its timelines.
Running economy – the limiting factor
To break 2-hours, Kipchoge, the fastest marathoner of the Breaking2 group (2:03:05) and our current Olympic champion, must run at nigh-on his best ½ marathon pace (4min 32s per mile) but for twice the distance. It’s a tough ask, and personally, one I don’t think is achievable in normal circumstances until athletes like him are consistently racing sub-58 min for the ½ marathon. But these are not normal circumstances, and it’s not even a race. It is a staged record attempt; a celebration of distance running, with every component fine-tuned to the max. We can offer to this party many British runners with sufficiently high VO2 max scores. We can offer those who can race at >80% for two hours (indeed, our world-class triathletes do this regularly). But what we can’t offer is an athlete who has these combined with the exceptional running economy. That, is the primary performance-limiting factor, and anything designed to target and improve that economy is where this 1:59:59 performance will emerge from. Minimising energy cost is so critical. For example, the reduction in air resistance of sitting right behind the runner in front – drafting – can save the equivalent of about 4 s every mile. This was eloquently shown nearly 50 years ago by one of the fore-fathers of exercise physiology, Griffith Pugh[7]. Saving energy is one thing, but someone still must set the required pace on the front! I’m not sure which of the three will break the record, but don’t expect the chosen one to front-run until at least 90 min, once his domestiques have done their thing.
Much of the energy cost of running is determined by the athlete’s mechanics, rather than metabolism[8], and it appears that a breakthrough in running shoe design has been made by Nike, to significantly enhance the elastic energy return of the shoe’s midsole[9]. Call it a spring, call it artificial, call it a cynical marketing ploy to sell new shoes[10], but if the claims are to be believed, it’s a game-changer. Many technical innovations have skirted at the edge of the laws of the sport, or simply don’t fit the rulebook at all. Indeed, rules often don’t get re-written until after the event, by which time the performance has been shown to be achievable and the societal norms have moved on – which is exactly the objective of the Nike SUB2 project. Fuelling and muscle damage – uniquely marathon factors
Shoes and drafting aside, one of this illustrious trio still must complete 26.2 miles at an average pace of 21.1 km/h (4min 34s per mile). We’re asking these athletes to run for 60 min at their best ½ marathon pace and then to keep it going for a further hour – previously unheard of as a physical challenge. If the attempt is to fail, it will be at ~90 min where the cracks will show and the true and unique demands of the marathon emerge. The total energy cost of running 26.2 miles is broadly the same whether you run it in 2 hours or 3 hours – oxygen cost of each metre travelled is set by body mass and the athlete’s economy. But the rate of energy usage is massively higher in the faster runner, and to support this high turnover of fuel (mostly carbohydrate and a little fat), the athlete must have the very best pre-race preparation and optimised in-race nutrition[11]. One can expect these runners will have been training their gut as much as their legs to tolerate the high rates of carbohydrate intake (90 g/h+)[12] required to maintain a sufficient blood glucose to fuel the latter stages of the race. Not as visible as the sprung shoe, of course, but where the true limiting factor may be.
The distance of the marathon also presents unique mechanical challenges not seen in the shorter events. The repetitive ground contacts accumulate a level of damage to the musculoskeletal chassis that is beyond anything encountered in racing or in training. Better shoes will clearly help, but specific ‘conditioning at pace’ is critical here. Even for high-mileage athletes such as Kipchoge[
] the impact of the longer stride length and faster leg turnover of racing at just 7s a mile faster should not be underestimated, and I’m fascinated to know how he has exposed his body to the race-pace mechanics in his training preparation. How has he achieved a sufficient volume of exposure and without over-reaching himself – that’s innovative. Process, not just outcome
The reaction to the SUB2 project has not been entirely favourable. Perhaps reflecting a populist undercurrent of antipathy toward big business, and cynicism of Nike’s multi-million bankrolling, some have questioned its ‘legitimacy’, others its ‘fairness’.
‘Just do it’? Well, why not, I’d say? Because it can be done, theoretically speaking at least, and many would argue it’s fun to show how it can be done. I agree – it’s an attractive experiment – and there are points on offer to show your workings, and not just your answer. Good science revels not in its outcomes but in the strength of its design and methods. 1:59:59 is not a theory to be proved, but is a hypothesis to be tested. We can and should allow for both failure and success, so let’s hope both are valued and learnt from.
Whether you approve or not, perhaps we could draw a little inspiration from JFK;
“We choose to go to the Moon …. not because they [it] are easy, but because they are hard; because that goal will serve to organize and measure the best of our energies and skills, because that challenge is one that we are willing to accept, one we are unwilling to postpone, and one we intend to win …” 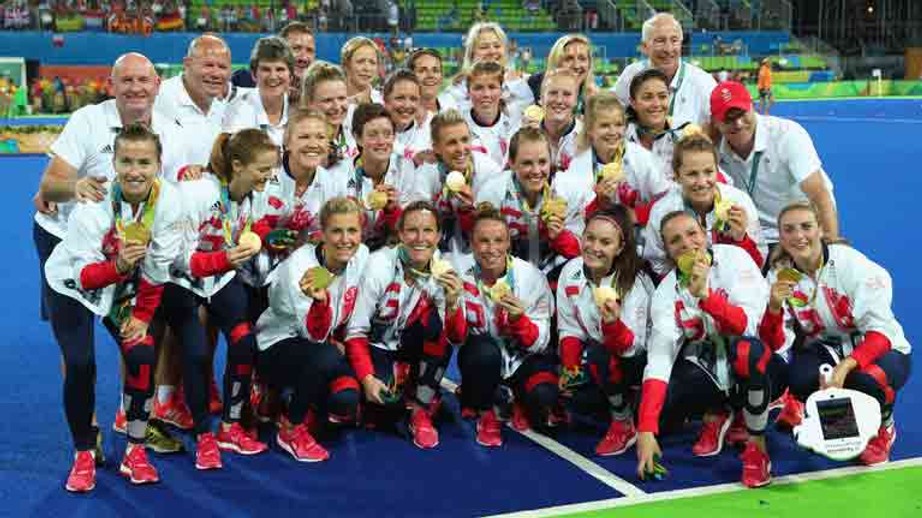